With our 8th Annual National Disability Summit fast approaching we spoke to one of 2016 speakers Rex Betar, who has been diagnosed with cerebral palsy, about disability discrimination and how people with disability can fight back.

Can you tell me about yourself? 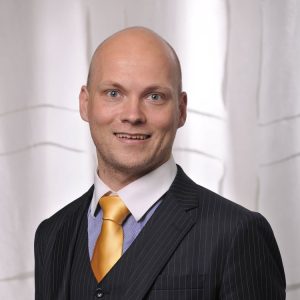 I grew up in Tweed Heads but have lived in Sydney almost 15 years. I’m an Oxford graduate, I was formerly a lawyer and now work as a management consultant. Outside of work I do motivational speaking on my story and overcoming obstacles. I love to travel and I’m getting married this July.

Can you tell me about the incident at Newtown’s Webster’s Bar?

I went to Webster’s Bar on a Sunday afternoon for my best friend’s farewell. Unfortunately I didn’t make it past the door. I was already running late and headed straight for the stairs, before being stopped by security, who first said “whoa are you okay?” The security guard then  asked for ID. I don’t carry formal government ID as I do not have a driver’s licence and, I am 32 and bald so whether I am over 18 is never in doubt. As for security asking if I was okay, well my cerebral palsy sometimes gets mistaken for me being intoxicated. I’d had nothing to drink, nor was I asked by security whether I’d had any drinks that day or been to a previous venue.

I told security I had cerebral palsy but he informed me I couldn’t come in because “something might happen to me” and I would need ID in case it did. The manager was then called over and informed me that it is the law that all patrons have ID so the police can identify them even though when I was at the same venue 3 months earlier I was not asked for Id and none of the 15-20 people already at the venue for my function (all a similar age to myself) were asked for ID. It was also a very quiet afternoon there was no patrons on the ground floor and I’m informed half of the people upstairs were the function I was trying to join.

At this point I was upset and just going to leave. I didn’t want to be the cause of disrupting everybody’s party but I brought my best friend’s sunglasses that he wanted so I called him to come down and get them. He tried to reason with security and management, saying he’s known me for 12 years and I’m clearly well over the legal drinking age. The duty manager said my age wasn’t an issue but they weren’t letting me in without ID.

If it was a matter of the police being abler to identify me I informed management I had a student card with my name and photo on it. The manager then asked the security guard if this was acceptable and he said no as it did not have my age on it. This was despite the fact that we had already established my age was not at issue.
In a last ditch attempt to get in my fiancée sent me a photo of my passport, however this was not accepted as “I needed the ID on me”.
At this point my friends were furious enough that they decided to ask everybody at the function to leave the venue and got to Kelly’s pub a few doors down. Incidentally I got into Kelly’s with no issues.

What are some of the resources available to ensure people with disabilities are able to fight back when they face discrimination?

There are not a lot, but the Australian Centre for Disability Law is a good starting point.

What steps need to be taken in order to lodge a complaint?

How can observers help if they witness a case of disability discrimination occurring?

Call it out it! It can be really intimidating when you are put in that situation and more people need to stand up and say “it’s not okay!”

The 8th Annual National Disability Summit will be held on the 8th and 9th of May at the Novotel on Collins, Melbourne. To view the current program please visit our website.