A completed clinical trial landscape provides a more granular view of how companies are progressing their pipelines and the disease strategies they are pursuing, compared to static pipeline snapshots. Company pipeline depictions lack the underlying intelligence that illustrates just how a candidate progressed, or perhaps disappeared altogether from a disease pipeline.

As part of our partnership with Citeline for the inaugural BIO Connections Australia we’re delighted to share this insightful whitepaper from Informa Pharma Intelligence which assesses the landscape of industry-sponsored clinical trials that completed in 2017. 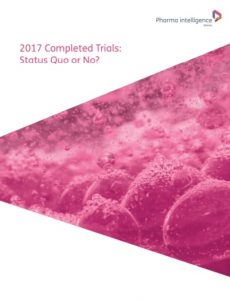 There were a total of 3,534 Phase I through Phase III/IV. The nearly 700 trials terminated in 2017 were not included in this analysis.

This year’s metric is comparable to what was reported for 2016 completions (3,420 trials) and for 2015 (3,028 trials). At the therapeutic area level, 2017 completed trials in oncology again dominated, with 910 trials, and type 2 diabetes was the disease with the largest number of completed trials, at 171. Who surpassed Novartis to become the top sponsor in 2017? As was reported for the previous year, 2017 also saw a significant volume of industry partnering for trials.

BIO Connections Australia is a new platform for networking and discussion, specifically on the growth of early phase research in Australia and the Asia Pacific region.