The politics of dementia: Our conversation with the Hon Shayne Neumann

Dementia is one of the biggest health and social issues facing Australia. The handling of dementia reform and how government responds to the complex needs of people living with dementia, from funding and support to ensuring the sector has the necessary workforce skills, will only increase as Australia’s population continues to age.

During a week of high political drama at State and Federal levels, it was refreshing to have the opportunity to catch up with the The Hon Shayne Neumann, Shadow Minister for Ageing, Shadow Minister for Indigenous Affairs, Federal Member for Blair and co-convenor of the Parliamentary Friends of Dementia to discuss the extent of the dementia crisis in Australia.

Given Australia’s aging population, there are a number of policy conversations that we as a country need to address. What’s Labor’s response to current Government’s policy on ageing and aged care?
Labor has a proud record in aged care. It was the previous Labor Government which did the heavy lifting to make aged care more sustainable and fairer, with wide community and sector support through the Living Longer, Living Better (LLLB) aged care reforms.

Labor welcomes the Abbott Government’s commitment to progress the LLLB reforms. However, a number of decisions by the Government undermine the reform process.

The Government has relegated aged care to an Assistant Minister. In contrast, Labor Shadow Minister is in the Shadow Cabinet. The Government removed Aged care from the Department of Health and placed it within the new Department of Social Services. The transition has created a number of problems, including a change of focus to service delivery rather than reform.

The transition problems were highlighted most prominently by the Government’s handling of the Dementia and Severe Behaviours Supplement (DSBS). This $16 a day supplement was introduced in August 2013 as part of LLLB. It was paid to approved aged care providers to assist with the additional costs of caring for people with severe behavioural and psychological symptoms associated with dementia.

The DSBS was cut from 31 July 2014 without warning, without consultation and with no solution or alternative funding model after discovering an oversubscription. The Government had clearly taken its eye off dementia care and only discovered the issue as a result of Labor’s questions in Senate Estimates. 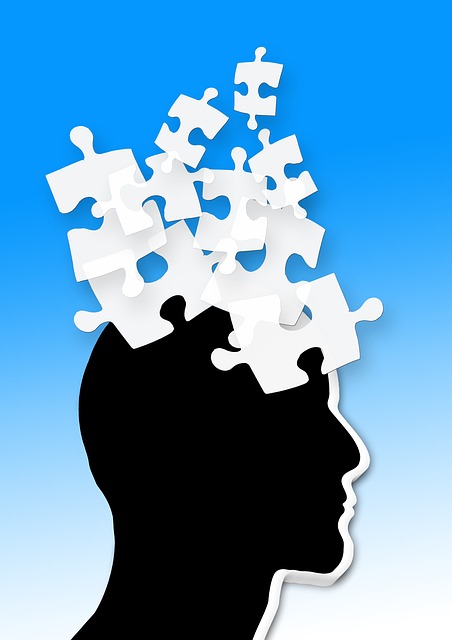 The oversubscription highlights the extent of the dementia crisis in Australia and the need for an adequately funded approach that responds to the complex needs of people living with dementia.

The Government has restored the funding from the DSBS which Labor welcomes. However, it is too little, too late. The funding is capped and is going to be spent on Severe Behaviour Response Teams, also known as flying squads or SWAT teams. There is widespread concern that this is a band-aid approach to what is a much bigger issue.

Unlike the Coalition, Labor will bring a fully costed and detailed aged care policy to the next election.

Dementia accounts for the third most common cause of death in Australia. Do you feel that dementia receives the funding and political attention it requires?
Dementia is one of the biggest health and social issues facing the nation. As the population ages, more Australians will experience dementia. The oversubscription of the DSBS highlights this is not a future issue but one we are experiencing now.

The work of Alzheimer’s Australia and the courage of individuals who have shared their experiences and stories have helped bring dementia in from the dark. Labor supports the idea of dementia and age friendly communities.

“No amount of funding will ever seem to be enough.”

Labor supports ongoing funding into research into a cure; the training and appropriate skilling of well-resourced workforce; and public information and education programs.

I am proud to be a co-convenor of the Parliamentary Friends of Dementia, which aims to raise awareness amongst Federal Members and Senators.

The Labor campaign against the Government’s axing of the DSBS has reached thousands of Australians. There has been a strong reaction. I am encouraged to see so many people engaged with the issue and willing to work with us.

What have been some of the priorities and concerns that Australians living with severe symptoms of dementia have expressed to you?
Dementia is a disease of the brain. While those with dementia may experience loss of their memories, changes to their personalities and a reduction in their normal faculties and functions, it does not change the fact that these are symptoms of a terrible disease. The individual remains. Their soul and spirit remains.

“We cannot treat those living with dementia as simply a collection of symptoms or issues to be managed. They are individual people who deserve to be treated with dignity, care and respect. At the same time, their loved ones, friends and communities need to be well supported, informed and appropriately skilled.”

Those with very severe behaviours make up a relatively small percentage of those with dementia. Their behaviours need to be managed appropriately while maintaining dignity and respect for each individual. Australia boasts some of the world’s best standards of care. We can do more still.

One of the biggest challenges in aged care is ensuring we have the workforce required to face the mounting challenges. In particular ensuring we have appropriately skilled, professionals to deal with the challenges of dementia. The Coalition Government dismantled Labor’s Aged care Workforce Supplement and has yet to detail any strategies to deal with the workforce needs. Combined with the axing of the DSBS, the Government has made it more difficult for aged care providers to meet the challenges of dementia and other severe behaviours. The Government’s Severe Behaviours Response Teams are unlikely to contribute to skilling and preparing the current workforce to meet the day to day needs of those living with dementia.

Looking specifically at funding for dementia care, what solutions would you propose to keep funding for aged and specialist care providers?
Aged care needs to be at the forefront of Government thinking. Currently it is buried within a large department and overseen by an Assistant Minister. Ageing is more than Aged care. The ageing of the population impacts many different portfolio areas. It needs to be considered within a wider context in order to refocus the Government’s and the public view of “age”.

Labor sees the ageing of our population as one of the great achievements of our time. More of us are living longer and we need to ensure we live better. Ensuring the population remains healthy and mobile into older age will reduce the demand on aged care and health services. This requires a major focus on prevention, reablement and general fitness.  Ensuring older people can continue to contribute through work and volunteering will have a great economic benefit as well.

As more Australians age in place, residential aged care facilities will provide more specialist geriatric and palliative care. Aged care services delivered in the home will reduce costs but need to be well supported by an appropriate workforce and investment in technology and telehealth. This will deliver aged and health care directly to the consumer.

Labor’s LLLB reforms began the process of redefining the social contract with Australians. Every Australian deserves access to high quality aged care, regardless of their wealth, postcode or need. However, those who can afford to should pay for this. The LLLB reforms have changed the way Australians access and pay for aged care already. More needs to be done but I believe we are headed in the right direction.

It cannot be overstated that we need to continue investing in dementia research. It is important that we prevent dementia and do everything we can to find a cure or a way of preventing it completely. This investment will ensure more Australians will age better, continue to contribute to society and enjoy their senior years with those they love.

The Hon Shayne Neumann will discuss dementia friendly communities and the challenges and opportunities to governments and future policy making at the National Dementia Congress in Melbourne on the 19-20 February 2015.