Looking for ways to dramatically enhance rail in New Zealand? 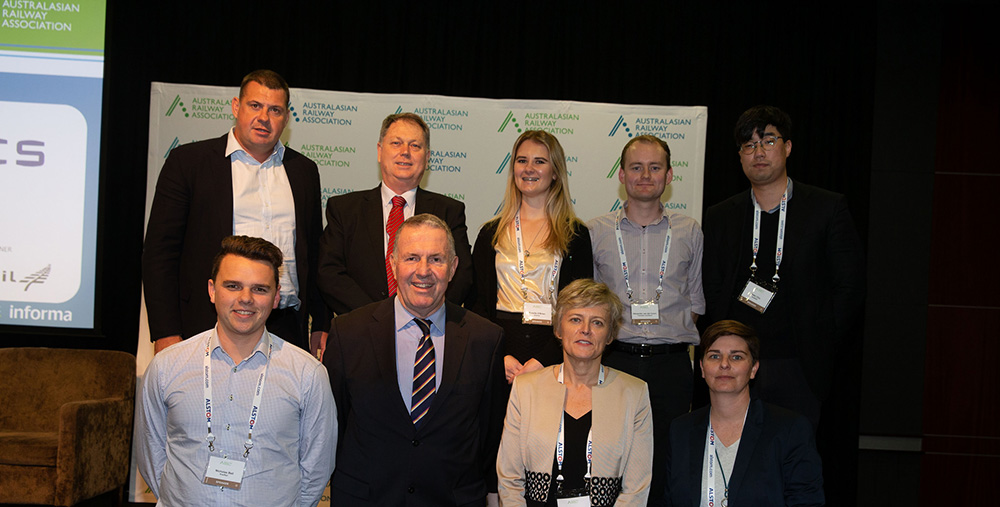 The New Zealand Rail Pitching Competition was launched in 2017 to offer young professionals the opportunity to pitch their ideas to today’s rail leaders, raise their profile and be in the running to win a TranzAlpine journey of a lifetime. Along the way, it’s helped raise awareness of the need to promote the diversity and depth of talent within the industry.

Open to all rail professionals aged 30years and under, the competition invites entrants to share their ideas for dramatically enhancing rail in New Zealand before pitching this idea to a panel of judges and a trans-Tasman audience at the annual ARA New Zealand Rail conference.

We recently caught up with three of the participants of the 2018 NZ Rail Pitching Competition, Alexander van der Voorn, Nicholas Bell and Peter Cho to track the progress in their professional rail journeys. 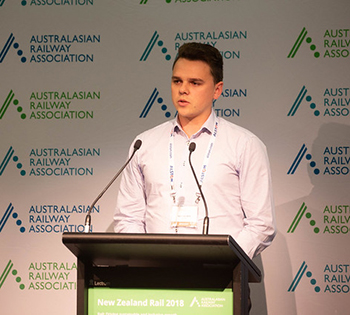 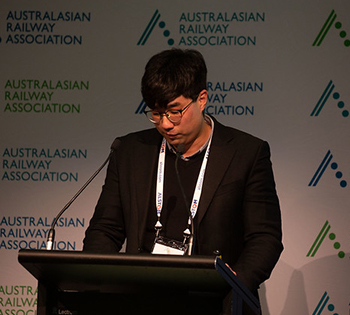 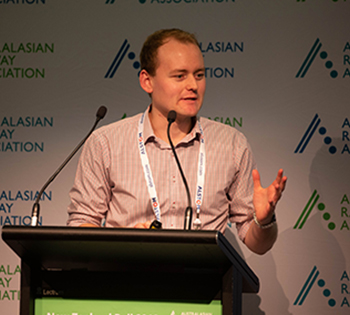 Nicholas Bell, a Field Asset Engineer, pitched the idea and highlighted the various benefits of using GPS sensors to reduce the likelihood of derailments from landslides. Nicholas, who’s detailed idea and preliminary research is waiting for commercial backing, also recommends the experience:

“The competition and attending the conference was a fantastic experience. It was good to talk to other young professionals in the industry and good to hear feedback on some of the work that I was involved with.”

“It was a great experience for just a small amount of work and nerves. Stepping out of my comfort zone and talking in front of a large group, particularly the question responses, was an unexpected highlight.”

Entering the competition is a great way to raise your professional profile and expand your network.

Peter Cho, a Business Support Analyst pitched the idea of a Rail Hackathon – Hacktrain to bring together a diverse range of backgrounds including young people, students, start-ups, existing business owners and the community members to the source solutions.

As Peter observes, “There aren’t many times where young people get to hear or interact with CEOs, Managing Directors and General Managers – even those in the same company.”

Following the competition, he went on to present this idea to senior management who were very impressed and are currently looking at how to drive this idea within their innovation projects. His idea also attracted attention from outside his organisation and interest continues.

“Your idea gets heard to a variety of people who may be interested driving your idea which they may have never thought about or didn’t have the resources to drive it.”

Peter was inspired to enter after seeing a flyer featuring the inaugural winner, KiwiRail’s Ruth Venter. “I saw an advertisement on our company intranet and it showed an image of a person I could recognise.”

For the 2018 winner, Planning and Performance Coordinator, Alexander van der Voorn, it took “some egging” on from his team and manager before he finally decided to entry.

“A lot of us see improvements or innovative ideas or changes that could be useful in the rail industry. This competition allows us to put these ideas forward to a wide range of people, particularly at a higher management level. At the very least it starts conversations about the idea, benefits of it and how it could work or be implemented. Even if you’re not selected as a finalist, creating the entry submission means you have a concise discussion document which could be presented separately to your manager or others within your business.”

“The competition took a bit of effort to put the presentation together and show my idea in a succinct and clear way but on the day it went really well. Hearing the other finalists’ presentations was also a highlight because we all took very different perspectives from our time working in the rail industry.”

Alexander, who is currently on secondment in Wellington, pitched the idea of a user-led dynamic real-time disruption management.

As his pitch emphasized, “Railway scheduling has slowly been moving with technology, now it is the time of real time disruption management to let computers do the grunt work of altering trains plans in response to disruption allowing staff to focus on higher level management of the situation. All it will take is a click of a button.”

The selected finalists receive return economy flights with New Zealand to Auckland, complimentary attendance to the two day conference and conference dinner, a unique networking function to meet and greet other young professionals.

Applications
Entries must be 400-600 words and include a concept title, name/contact details, institution and qualification underway/completed (including completion date), the issue being addressed and the solution/idea proposed. Final presentations can include multi and/or mixed media.

Finalists will receive
Finalists will be announced in May 2019 and receive return economy airfares to Auckland from their hometown city to attend the ARA’s NZ Rail 2019, two night’s accommodation and complimentary attendance to the event, including the ARA Dinner. Finalists will be given 5-10 minutes to present their idea to rail CEO’s at the ARA’s NZ Rail 2019 Conference as part of the program on 19 June 2019. The winner will be announced at the ARA Dinner on 19 June 2019.

In addition to being awarded a speaking position on the program of the New Zealand Rail Conference in 2020, the winner of the Young Professionals Pitching Competition will win a trip for two on-board the breathtaking TranzAlpine train.