As the world shakes off the economic stasis precipitated by coronavirus, rail development is playing a key role in the New Zealand Government’s plans for regeneration. Rail is a crucial part of the economy, recently estimated to contribute around $1.47b to $1.54b per annum.

The Australasian Railway Association (ARA)’s NZ Rail conference, 22-23 November 2021 , will explore ongoing and upcoming projects and how the industry and government can work together to exchange best practice across the sector and galvanise opportunities. 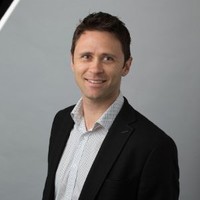 John Holland, Platinum Sponsor of the event, is forging full steam ahead on several exciting projects in New Zealand.

A project that illustrates this is the eTRACS Joint Venture between John Holland and McConnell Dowell.

KiwiRail has awarded the eTRACS team an Early Contractor Involvement contract to complete early works and access establishment, design and project delivery planning for the Papakura to Pukekohe (P2P) electrification project in the South Auckland region.

“eTRACS focuses on development and investment in the local industry and community. At the centre of our success and capability is our people,” says Matthew.

“We understand as industry leaders that one of the responsibilities of eTRACS is to create opportunities for the communities where we work, both in job creation and training. We will do this by building and developing people’s skills and opening pathways for newer entrants to the industry to upskill. This will help ensure the sustainability of the New Zealand rail industry.”

Through best practise collaboration with KiwiRail, the eTRACS team have delivered industry leading work and have set the project up for success for the delivery of the Main Works.

“The work, called the Wellington Metro Upgrade Programme (WMUP), is executed through several phases dealing with different attributes and areas of the network. Completion of these works means a more reliable and safer network and more people and freight travelling on trains in the future.”

A well-built asset has the best chance of running in service for a long time, says Matthew.

“I believe resilience starts as early as a project’s conception and through astute design practices when being developed on paper, before it’s in the care of a construction contractor and then in use by the operator and customer.”

“John Holland takes its role seriously when it comes to assuring the quality of its construction, as we can be involved at inception right through to delivery, affecting how resilient an asset can be.”

The Wellington Metro Upgrade Programme (WMUP) is renewing existing infrastructure, such as replacing and modernising the overhead power system and signals power supply. It is also renewing the track across the network, including inside the four major tunnels.

Ensuring Greater Capacity for Commuters in the Future

Matthew says that the renewed infrastructure will give the Wellington Metro network greater capacity in the future.

“Capacity improvements can occur when an asset is in great condition, can be well controlled and operated and has the resilience to handle the increased traffic. So, the upgrade programme stands to raise the bar, surpassing the 14 million plus rail journeys Wellington commuters undertake per year.”

The programme sets out to achieve this by making improvements such as double tracking between Trentham and Upper Hutt, and improvements to Wellington Railway Station approaches and changes at Plimmerton.

Upgrades such as these mean fewer speed restrictions and outages. Longer trains could be used, and more services for commuters could be made available in the future.

Matthew will be speaking on Day One of the NZ Rail conference, addressing how safety comes through leadership and culture.

He is a strong believer in the connections between good leadership and a thriving culture, plus the importance of personal attributes that influence behaviours and how leadership can influence those qualities to create positive change.

“The overall effect of influencing behaviours is that it gets the right sort of results on the job, evidence which I will share from John Holland’s experience on the WMUP project for KiwiRail. The aim of my presentation is to inform the industry and play my part and John Holland’s part in bettering how the industry undertakes construction activities and in turn improves people’s lives.”

A key directive of Matthew’s leadership strategy is to respect the value that the team brings collectively by allowing team members to play their own part.

“The quality of empowerment is especially influential when bringing a team together and moving them into high performance. Coupled with empowerment is also the need for a leader to be decisive. This keeps those who have been empowered on the tasks at hand, and the team heading in the right direction together. Knowing when not to sweat the small stuff and focus on the bigger picture or when to be sure a seemingly minor item is not left unattended to is very important.”

“I believe a key quality of a great leader is to possess the ability to self-reflect. Leadership involves being aware of your impact to your team, be that positive or negative. Being able to constructively self-reflect on how you can improve to better support your team is essential not only to achieve project outcomes, but also for the wellbeing of your team.”

“Another vital leadership quality is being a good listener. You can’t lead any team if you are not listening to what they are trying to tell you. You need that feedback provided by your team for critical thinking, giving direction and to make decisions at pace. Without listening to your team, you will have too much on your plate and/or potentially mismanage risk.”

“The truth is a great leader needs to possess many key qualities and the success of a great leader is usually the measure of how well the leader can utilise different qualities at the required times. Great leaders can often be isolated as they focus on the team’s success more than their own. However, I believe that successful team leadership encompasses the leader also, as a leader should be someone fully immersed in the team – walking the talk you might say. In this way, a team reciprocating its success by celebrating its leader is the mark of a great leader.”

Don’t miss hearing Matthew Sullivan speak at the NZ Rail conference, 22-23 November 2021 at the Auckland Hilton, along with other key figures from across the New Zealand rail industry.  Find out more about the conference here.