Andy Byford is the CEO of the Toronto Transit Commission (TTC). He previously held senior positions with 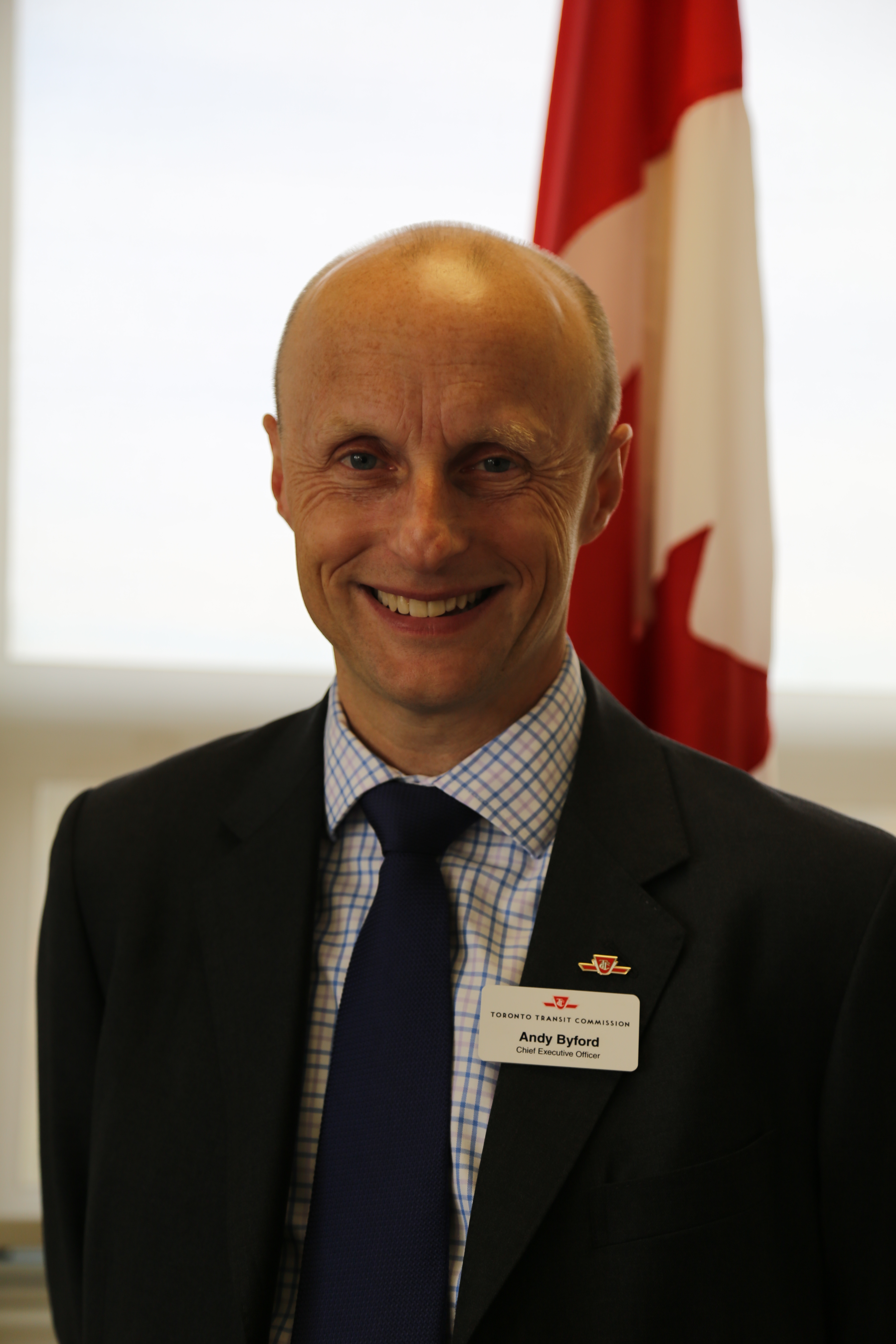 international rail operators including Rail Corporation NSW, Sydney (RailCorp) and the London Underground. Andy also serves on the Board of Directors of the American Passenger Transit Association (APTA)

Andy will be delivering an international keynote on the first day of the 2015 ARA Light Rail Conference and was kind enough to answer a few questions in the lead up to the event.

Andy, can you tell us a little about your professional background and the path to your current role?
I started my career as a Station Foreman at Regents Park on the London Underground back in 1989.  In those days, we had no CCTV, limited communications equipment and no social media to contend with so in many ways the job was harder yet less scrutinised.

I pursued a 15 career on the Tube, rising up through the stations ranks including Group Station Manager at King’s Cross, the busiest and most notorious station on the network.  After a spell on the then-under-construction Jubilee Line Extension, I moved to train operations and ran the train service on three lines before being promoted to General Manager in charge of Customer Service.

I loved the Tube but felt that I should expand my experience and knowledge so I moved to the main line as Operations and Safety Director on the south eastern network of the former British Rail.  After 6 years working at South Eastern then Southern, I took the plunge and did what I’d always wanted to do, namely gain international experience.  Three wonderful years quickly passed as Chief Operating Officer for RailCorp in Sydney before I moved to North America, lured by the chance to head up the team that will modernize Canada’s biggest transit system – the Toronto Transit Commission.

As CEO, I have set the company on a five year mission to transform every aspect of our operations – equipment, processes and culture.  It is the most challenging, exhilarating and sometimes frustrating phase in my career to date but I relish every second.

You will be speaking at the 2015 Light Rail conference on ‘Investing in light rail: a key element in the top to bottom modernisation of Toronto’s transit system’. The TTC implemented a fleet of next-generation streetcars in 2014. What would you say are the key tenets of a successful launch in the eyes of the public?
The key tenet is to help customers, media and stakeholders see the benefit that a new generation of streetcars will bring.  Our new fleet offers full accessibility, air conditioning, increased capacity and a state-of-the-art smartcard payment facility.

Introducing a new fleet is never easy, quick or cheap so a program approach is essential to ensure that all disciplines within the company pull together against a tightly controlled and well thought-though critical path. This includes the obvious participants such as Operations, Stations, Safety and Vehicle Maintenance but also media and PR teams, Fare Enforcement and stakeholder liaison.

Attention to detail is key.  In Toronto, we carried out several dry runs to make sure everyone knew their role, up to and on the big day itself and we identified extensive contingency arrangements that would kick in if things went awry.

Finally, you should make launch day fun and exciting by building up to the event several weeks out and then having fun things for all generations to do along the route on the big day.  We had lots of small trinkets to give away, plenty of photo opportunities and even a barber’s quartet to denote transition from the old to the new!

The conference features an international program, with other expert speakers from Australia, the USA, Ireland and Singapore. Are there any particular light rail transport networks you admire and why?
I’m lucky to have worked on a number of world class networks including the London Underground, the former British Rail and the huge rail network in Sydney/New South Wales.

While these are heavy rail networks, both London and Australia feature light rail networks that I believe excel in their own way.  The Docklands Light Railway in London has been transformed from its humble beginnings as a low cost, two branch railway into a state-of-the-art, highly efficient and reliable system that has helped transform London’s second financial centre.

In Australia, the tram system in Melbourne is rightly lauded as a leader – on a par with our very own streetcar network in Toronto. Both have to cope with on-street running but both form the backbone of downtown transit.

Other great light rail networks include many of those in France such as Nantes where huge emphasis has been placed on creating an integrated network that is a pleasure to use.

Watch this video to see Andy talking about some of the exciting safety and accessibility features of Toronto’s next-generation trams:

Book now to see Andy and a host of other expert speakers at the 2015 Light Rail conference in Sydney, 5-6 March.