As a preview to some of the issues that will be discussed in our upcoming 9th Annual Pharmaceutical Law, Reform &

Regulation Conference, we spoke with Grant Shoebridge, a Principal with Shelston IP to discuss the current issues surrounding patent law and the pharmaceutical industry.

As a Principal with Shelston IP with a decade of experience in pharmaceutical and biotechnology-related intellectual property, can you tell us about your work?

An issue that I am passionate about is the patentability of subject matter derived from the natural world. This type of technology is typically covered in so-called “gene patents”. I have followed and been involved in the gene patent debate since about 2008 when a Senate Inquiry was set up to investigate the patentability of genes and other biological material.  Since that time I have made numerous TV, radio and print media appearances. I was also involved in the Institute of Patent and Trademark Attorneys of Australia application to be heard as amicus curiae in the High Court appeal in D’Arcy v Myriad Genetics.

I also enjoy teaching and from 2010 to 2013, I was a lecturer for “Interpretation and Validity of Patent Specifications” which is part of the University of Technology, Sydney postgraduate law program, and the Masters in Intellectual Property, which provides a pathway to registration for Australian patent attorneys. I am currently a lecturer for the University of NSW course “Myths and Realities of Personalised Medicine: The Genetic Revolution”.

At the upcoming Summit you are planning to discuss the implications that could arise from the Myriad High Court “Gene Patent” Decision. Could you tell us about the case, and it’s significance to the patentability of pharmaceutical compositions?

The Productivity Commission recently released a draft report on intellectual property arrangements. What are your thoughts on this report’s potential impact on pharmaceutical patents?

Relevantly, the Productivity Commission’s draft report makes numerous references to the Pharmaceutical Patents Review Report 2013 – a report that has been criticised because the makeup of the panel conducting the review was not considered to be balanced, but rather biased towards the generics industry.

Overall, the recommendations of the Productivity Commission’s draft report have been viewed as detrimental to the pharmaceutical industry in Australia and there have been a number of submissions, for example by the Institute of Patent and Trade Mark Attorneys Australia and my firm Shelston IP, that provide constructive comments and criticisms of the draft recommendations. It will be interesting to read the final report that is due out in August 2016.

Are there any presentations at the upcoming Pharmaceutical Law, Reform & Regulation Summit that you are looking forward to seeing and why?

Grant Shoebridge will be discussing the Myriad High Court “Gene Patent” decision and its impact on the patentability of pharmaceuticals at the 9th Annual Pharmaceutical Law, Reform & Regulation Conference. For more information, including our current agenda, please head to our website. 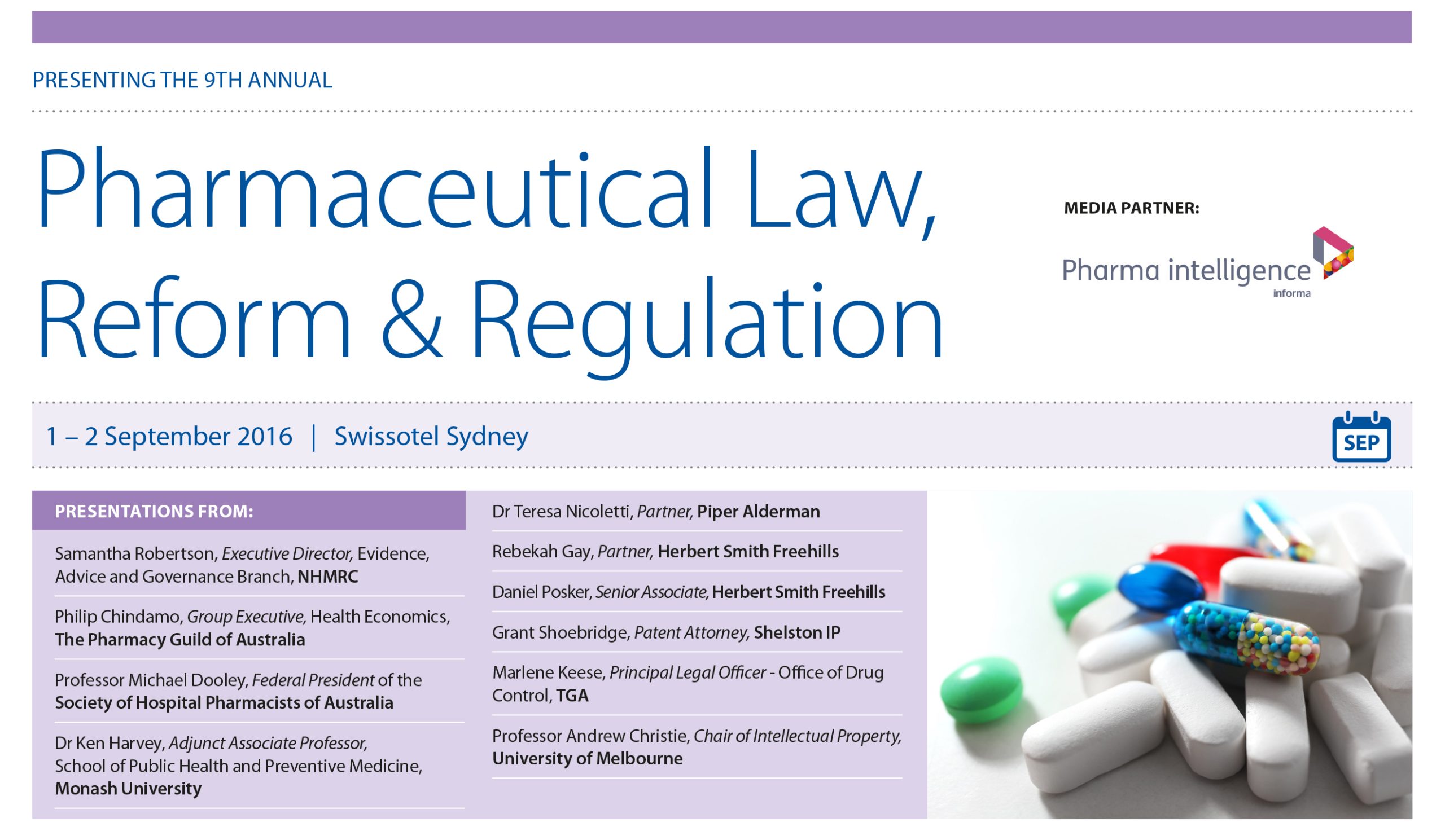