A post on the popular blog “Humans of New York” featuring a woman whose entire life has been snatched away by her abusive husband has gone viral.

In a series of portraits taken at the Metropolitan Detention Centre in Brooklyn, the woman shares how the man she fell in love with started abusing her, and why she was unable to leave.

Here is her incredible journey:

In the first portrait she spoke about how the abuse only began when she was pregnant with her first child. Due to her vulnerable situation and past psychological attachment with her partner, Donald, he was able to convince her to stay even though she knew this was the starting point of an abusive relationship. 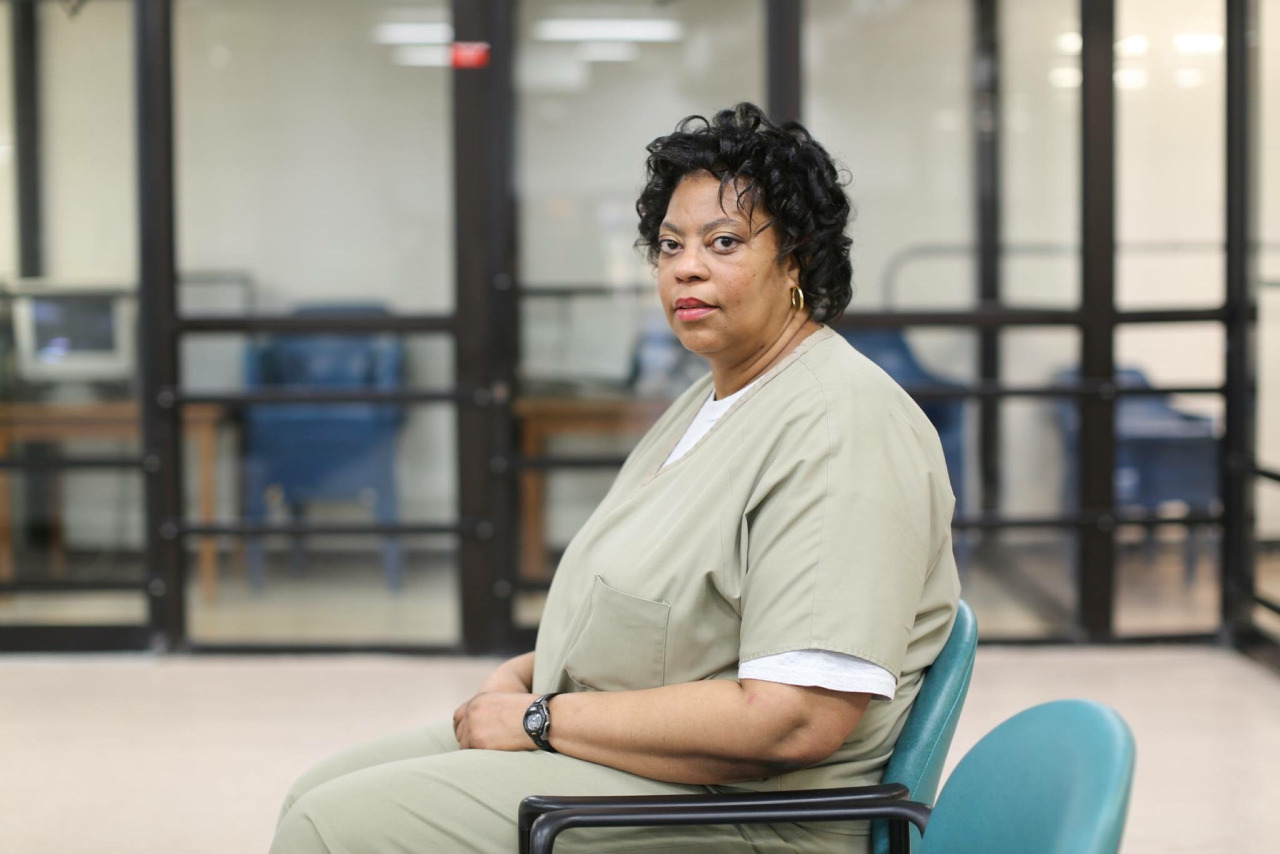 (1/4) “I met Donald when I was twenty-six. He pursued me relentlessly. He’d call me every day. He’d invite me to come to the Bahamas with him. He’d buy me all kinds of things. He would even loan me his vintage corvette for the weekend. I was just starting out in life. I wasn’t used to all that attention. He had his own landscaping company– with his own building and everything. He wooed my whole family. Even my mother liked him, and she isn’t easily persuaded. So I fell for him. The abuse didn’t start until I was pregnant with our first child. We were lying in bed one night and he asked me to get him a glass of water. When I told him ‘no,’ he punched me in the face. He said: ‘When I ask you to do something, I expect you to do it.’ I tried to leave right away. I ran back to my family in New York. But he followed me and begged me to forgive him. He said he didn’t want our child to grow up without a father.” (Metropolitan Detention Center, Brooklyn)

Despite Donald’s promises, the abuse only continued to escalate. “After I got to prison, we watched a movie one night about Tina Turner, called ‘What’s Love Got To Do With It?’ There’s this one scene where Ike is dragging Tina down the hallway by her hair, and her sons are watching the whole thing and crying. I couldn’t believe it. I felt like I was watching a movie about my life.”

(2/4) ” One day I walked into Donald’s office and saw him handing off a package of cocaine. I turned around and left immediately. He came out later and told me that he was just doing it to get his business off the ground. He said he needed to raise $25,000 to cover expenses. I was naive at that point. I even called my mother and asked her to help arrange a small business loan. But Donald started dealing more and more. He kept it from me. He started running a lot of errands. He started taking trips twice a month. The day I went into labor with our first child, he dropped me off at the hospital and went to park the car. He didn’t come back until the next day. The abuse got worse and worse. He’d throw water on me. He’d burn me with a lighter. When I was pregnant with our second child, Donald hit me in the head with a telephone. ” (Metropolitan Detention Center, Brooklyn)

The longer she stayed, the more complex her situation became, and her attempts to leave only resulted in further abuse not only towards herself, but to her family members.

“While Donald was taking flying lessons, I packed everything into a U-Haul and drove away so fast that the trailer came apart on the highway. When Donald discovered I was gone, he sent some goons to my brother’s house and beat him up in front of his entire family. When they finished beating him, they told him that my mother was next. So I went back. After that Donald didn’t trust me anymore. He made me start traveling with him. He didn’t give me a choice. He’d say: ‘Pack your bags. We’ve got business.’ He involved me with everything. He made me stand there while he dealt the drugs. He made me call people and relay messages for him. He had me make deliveries. I did everything he told me to.”

(3/4) “One night it got so bad that I got a gun and pointed it at him. I didn’t know how to use it. I didn’t even know if the safety was on. My son walked into the room at the time and tried to stand between us. Donald jumped over him, grabbed the gun, and pistol-whipped me. After that I tried to run away again……… ” (Metropolitan Detention Center, Brooklyn)

Forced to participate in her partner’s crimes under threats of violence, she was convicted and sent to prison.

(4/4) “When Donald finally got caught, they offered him a plea deal so I wouldn’t have to go to jail. But he refused it. He told my cousin: ‘If I can’t have her, nobody will.’ They arrested me at the courthouse on the same day Donald refused his deal. The public defender told me to sign a plea bargain. He told me no jail time. But at the sentencing, I heard the judge mention jail and I panicked. When the judge asked me if I’d been promised anything in exchange for the deal, I said: ‘Yes!’ The prosecutor was so mad. She thought I made her look bad. She pushed for a life sentence at trial. The jury never heard about the abuse. They only heard about the drugs. They didn’t realize that the true victims were me, my children, and my brother. I’ve been in prison for twenty years now. But this has a happy ending. And I swear, when I agreed to this interview, I didn’t even know this yet. But President Obama just granted me clemency. And I’m going home.” (Metropolitan Detention Center, Brooklyn)

While this story may finally have a happy ending,  it highlights the difficulty that victims of domestic violence face when they are caught in an abusive relationship and why it is crucial to understand the victims perspective first when reaching out help those suffering from family and domestic violence.