A new therapeutic for Alzheimer’s is imminent – what is it and what will it mean? 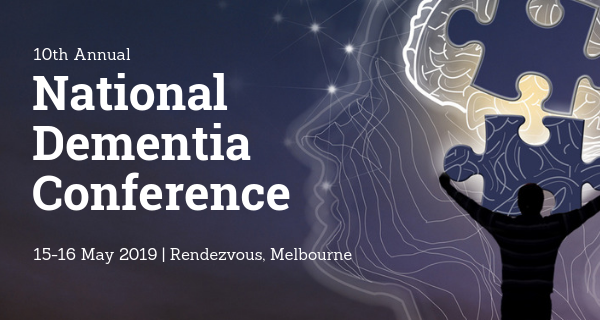 However, a new therapeutic approach currently being trialled in Australia could put a halt to this growth, cutting cases of Alzheimer’s by as much as 50 percent.

Associate Professor Michael Woodward – who appeared on last week’s Channel Nine news – is behind the research and spoke with us ahead of the National Dementia Conference – 15-16 May 2019, Melbourne – discussing how the therapy works and why it outperforms the wealth of drugs currently in the marketplace.

“To date more than 200 anti-Alzheimer’s drugs have been developed; yet the best of these have only a modest effect on symptoms and the remaining majority are altogether ineffective.

“This new therapeutic approach could delay or prevent the onset of Alzheimer’s; and in those who already have the disease, slow down its pathology.

“What we have known for a while is that there are two toxic proteins involved in Alzheimer’s – amyloid and tau. Over time these proteins build up in the brain – initially in the medial temporal lobes and then in other brain regions.

“What we now also understand is that amyloid is the trigger and tau is the bullet that does most of the damage.

“The human brain can tolerate a certain amount of amyloid, but it’s once you start seeing tau that the symptoms of Alzheimer’s begin to present. Amyloid drives tau around the brain, and when tau appears there is a correlation with neurodegeneration.

“The location of tau is also important. When tau is deposited in the default mode network, there is a correlation with memory loss; and when it moves to other areas, issues with language, behaviour and, visuo-spatial functioning may emerge”.

Previous treatments have predominantly focussed on targeting amyloid plaques in those who have Alzheimer’s. But Professor Woodward explains that removing amyloid in those who are already symptomatic may be too late.

“What we should be doing is targeting amyloid before symptoms appear, to prevent tau from developing; and targeting tau tangles when symptoms are already present”.

“Our research shows that amyloid takes about twenty years to build up. If there is a family history of Alzheimer’s, early amyloid screening and intervention could slow down or altogether prevent the pathology”.

At present, three major biopharmaceutical firms are trialling anti-tau-bodies in Australia. “The fact that this new therapy utilises a totally different approach is what makes it so exciting”, said Woodward.

However, the new therapy is not necessarily a panacea and more work is needed to assess how safe it is in terms of a preclinical intervention.

“If we are using the drug in people that don’t yet have symptoms, then it needs to be a pretty safe drug. It’s unlikely that a toxic drug for asymptomatic people would be approved to enter the market”, said Woodward.

He is currently Director of Aged Care at one of Melbourne’s large metropolitan public acute hospitals, President of the Australian Wound Management Association, Editor of Wound Practice and Research and also edits Geriatric Therapeutics in the Journal of Pharmacy Practice and Research.

Prof. Woodward will deliver at keynote at the National Dementia Conference – due to take place 15-16 May 2019 in Melbourne.