Urban rail and smart cities of the future

In recent years, ‘smart cities’ have created a lot of industry buzz, conjuring up images of flying cars, talking fridges and robot uprisings.

But the question remains whether our growing obsession with technology is useful to the development of our cities and, in particular, what it means for the future of Australia’s transport networks.

Ahead of the ARA’s AusRail Conference – 27-28 November 2018 in Canberra – we spoke with James Moore, Principal at Jacobs’ Advanced Planning Group in the USA, to hear his take on the matter.

“According to the common view of the term, ‘Smart Cities’ look at opportunities to add technological enhancements to overcome what many see as the inherent inefficiencies of modern urban environments”, says James.

“However, the ultimate goal of cities is to support the aspirations of the people living in them, and truly ‘smart’ cities are the ones that best achieve this goal”.

“From my experience, this is often achieved by looking for ways to accommodate the broadest range of systems, approaches, technologies and urban types, including those based on time-honored approaches, including rail and walking.”

James also highlights the problems of taking a purely technophile approach. “When technology becomes our focus, it’s very easy to get lost in the technology itself. A good example of this is autonomous vehicles (AV). When people think of autonomous vehicles, they immediately assume cars. But if we focus on cars as a solution to our growing population problems, then a lot of the things that we love about our cities are going to get worse.”

“I do believe that there’s a place for autonomous technology” says James. Although autonomous vehicles can extend to nearly any mode of transport, James outlines that rail, as opposed to cars, may be the best way to concentrate a city at the same time as increasing mobility for a growing population. “One of the great things about autonomous technology is that it relies on superior data integration, which holds the potential to make our network more reliable – on time and efficient.”

“Many advocates of AVs even take their debate to a whole new level by suggesting that the advent of autonomous cars will lead to a demise in the role of urban transport, in particular, rail based transport. It misses, however, a fundamental element of rail, which is its inherent capacity for city building”.

“The USA serves as a good demonstration of this. When you think of the great American cities, the likes of New York and Chicago typically spring to mind. These were largely designed before the age of the automobile, and their rail systems essentially guided their city’s investment decisions and drove the success and growth of their communities.”

It is actually very difficult to build a great city without a rail-based system. You can see this today where newer American cities that have traditionally relied on cars are starting to invest heavily in rail.

“The benefits of rail as a city shaping framework contrasts with a car based mobility system, which, regardless of whether or not it includes drivers, lends itself to a dispersed and mono-functional development pattern; it’s inherently suburban as opposed to urban.”

With the battle between roads versus rail aside, we cannot ignore the fact that our cities will continue to encompass many modes of transport, and James stresses that no single form should necessarily dominate. “This is where ‘smart cities’ in the technological sense is very important. We need to take a less siloed approach to city planning, and ask ourselves how we can optimise rail as part of an integrated system with other modes of transport.”

James’ parting advice is that it is important for city planners, engineers and data architects to continuously reflect on why we set out to build our city and transport infrastructure, which is to support livability and growth in tandem. “Smart cities draw on the strength of technology to enable their transport strategy, without letting it define their goals.”

James Moore will present at the ARA’s Ausrail Conference on 27-28 November 2018 in Canberra – where delegates will learn more about how his global experience has helped to shape his perspective on smart cities, and how his insights might manifest on a local level. 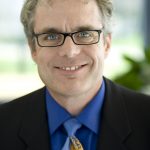