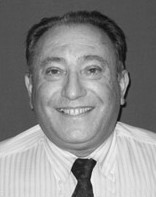 With ARA’s Telecommunications & Train Control Conference only three weeks away, we were joined by Luigi Rossi, Executive Director of Public Transport Strategic Projects at Government of South Australia, to talk about the significance of Adelaide’s Rail Revitalisation Program and the role telecommunication plays in such challenging project.

The Rail Revitalisation Program led by the Department of Planning, Transport and Infrastructure (DPTI) and delivered by nine major construction contractors, represents the largest and most complex upgrade of Adelaide’s rail network since the major overhauls of the 1920s. What are some of the biggest challenges of the Rail Revitalisation program?

Luigi: For the Department of Planning, Transport and Infrastructure (DPTI), the level of complexity of the Rail Revitalisation Program is unprecedented, particularly in relation to management at the interface of 11 sub-projects, 9 lead contractors and more than 100 sub-contractors. The successful management of safety and environmental and stakeholder impacts, was accomplished in the context of significant vegetation clearance, drainage upgrades, a long and restricted work site and a national freight service which had to remain operational through the worksite from Adelaide to Millswood during the construction period.

The only way, in which this program was able to be delivered, was via the implementation of a comprehensive interface management plan, the utilisation of purpose built machinery, engineering solutions, which were based on a sound understanding of existing geotechnical conditions and the successful working relationship between hundreds of technically experienced design engineers, project managers and contractors.

What role does telecommunication play in the Rail Revitalisation program?

Luigi: Communications play a critical and significant role in any railway as it is fundamental to the safe, efficient and effective operation of the railway. A new, highly advanced fibre optic backbone network has been built – which itself carries numerous networks over it, for example:

to name a few.  The network has redundancies, thus allowing the railway to operate unimpeded during faults in the communications system.

The new A-City Class 4000 electric trains commenced passenger services between Adelaide and Seaford earlier this year. More electrification projects are underway. Could you give us an over view of these projects?

Luigi: The electrification of the Seaford and Tonsley lines are the first in the Adelaide Metropolitan Passenger Rail Network to be electrified.  Overhead wires and attachments within the rail corridor are dangerous if interfered with, carrying 25,000 volts of electricity.

Adelaide’s first electric services from Adelaide to Seaford commenced on Sunday 23 February 2014, and the line continues to operate with both diesel and electric services as the A-City 4000 electric trains continue to be progressively delivered over the next year.  The Tonsley line was electrified on 2 May 2014.  Initially diesel trains will service the Tonsley line until more electric trains arrive towards the end of this year.

On 19 June 2014 the State Government announced that the electrification of the Gawler line from Adelaide to Salisbury will recommence in 2017-18.  Early works undertaken on the Gawler line to date include commencement of utility service relocation works, manufacture of nearly 500 masts, installation of nearly 300 masts and footings and rail track modification works as necessary for electrification.

Signalling is an important part of the Rail Revitalisation Program. What are some of the issues with the signalling systems?

The biggest challenge with the installation of the new signalling system has been integrating it with the existing network that was built around 30 years ago.  This system is still in operation on the Gawler, Belair and Outer Harbor lines.

You will be speaking at the upcoming Telecommunications and Train Control conference, what would be the key message that you’d like to deliver to the conference audience?

Luigi: Safety and teamwork is critical to the success of any program, let alone one the size of the Rail Revitalisation program. The importance of constant liaising between the various project teams cannot be underestimated and was paramount to its success.  Safety was constantly monitored and improved upon whenever there were any incidents (of which there were very few, and because of this approach they were then only very minor).  We are very proud of our safety record.

In addition it cannot be stressed enough the importance of liaising effectively and constantly with the railway operators in order to gain safe access to the rail corridor.  Through collaboration and determination we were able to overcome these challenges and achieve our objectives.