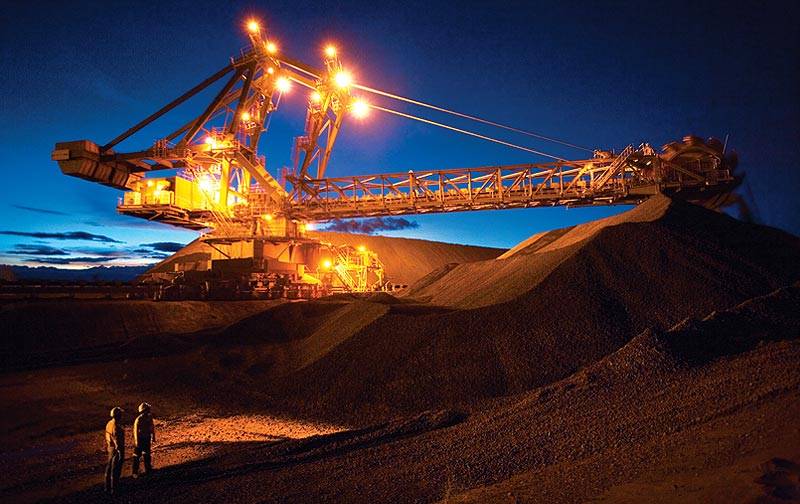 Rio Tinto’s iron ore production reached record levels in the fourth quarter of 2013, according to the company’s latest financial report.

The organisation revealed output beat its 2012 benchmark by 5 per cent, with 266 million tonnes of the steelmaking commodity produced and 259 million tonnes shipped over the three-month period.

Rio announced copper production totalled 172,000 tonnes for the quarter, which brought the full-year figure to 613,500 tonnes – notably higher than its 590,000-tonne guidance predictions.

Chief executive of the company Sam Walsh described the results as “excellent”, adding that it showed the mining giant’s ability to deliver on commitments.

“We have set new records for iron ore production and shipments as we ramp up to our 290 (million tonnes per year in WA) expansion, as well as achieving an impressive recovery in copper volumes and record annual production from both bauxite and thermal coal,” he explained.

The company highlighted infrastructure improvements in the Pilbara region of Western Australia as contributing significantly to the improved production performance.

The news may encourage businesses to invest in more mining training, as Rio Tinto revealed iron ore has a healthy future over the next 15 years.

Last month, Mr Walsh claimed that while the market is currently experiencing some volatility, the long-term analysis is favourable and continues to show signs of further improvement.

He emphasised the importance of economic developments in China as being particularly important.

“China’s urbanisation will continue and the development of other economies as they continue to grow at pace, such as India, Vietnam, Indonesia, the Philippines, the Middle East, the former Soviet Union, South America and Africa, will also contribute to ongoing demand for our products,” he said.