NT mining and exploration – the impact of recent challenges and opportunities 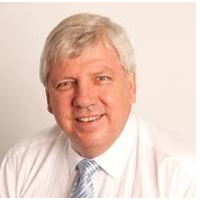 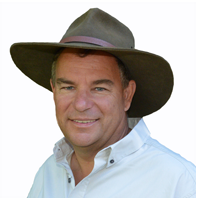 The March Quarter presented some promising expenditure figures for mineral exploration in the Northern Territory (NT).

At $27million, the figures represent the strongest reported growth for the jurisdiction in more than five years – up 20 percent from the same quarter in 2018.

However, with commodity boom and bust cycles becoming increasingly short – and with a host of environmental, political and legislative challenges to contend with – the NT’s outlook is far from clear-cut.

Ahead of NT Resources Week, we caught up with speakers – Brian Fowler of Arafura Resources and Brent Murdoch of Vista Gold – to get a flavour of how recent challenges and opportunities are impacting local projects.

Commodity trends continue to impact exploration and mining activity, particularly in the rare earths sector, which is heavily reliant on pricing, says Brian.

“Rare earths are quite different to more conventional commodities like gold, zinc and copper. The quantities consumed and available globally are relatively small in comparison with other metals and, interestingly, they are not traded in the same way,” Brian said.

“Marketing houses largely control the sale of rare earths on individual contracts, and the small quantities of each of the 15 rare earths eventually end up in components used by companies like Toyota and Siemens, as required.

“The financial assumptions in our recent definitive feasibility study are predicated on metals prices increasing, as per the market forecast, which has unfortunately, until recently, not been behaving as predicted.”

Recent activity in China is also significant, he said.

“China currently controls around 80-85 percent of the global production, so they can strongly influence pricing and availability of these commodities,” Brian continued.

“The recent threats of a trade war between the US and China, among other factors, has now impacted rare earth metals prices and we are seeing upward movement in the rare earth prices towards the levels required to underpin our financing requirements for the Nolans Project. The US has recently realised how exposed they are for supply because of the dominance of China in these commodities.

“With global demand predicted to increase for both Neodymium and Praseodymium – both critical rare earth metals for efficient energy production – we believe that pricing will rise further and be sustained at the levels required to support the Project. The Nolans Project is a large project with a capex in excess of AUD$1billion, so we are quite susceptible to the prices of our commodities to gain investment finance.”

Another factor driving up rare earth commodity pricing, is that China will likely become a net importer of rare earths minerals in the next few years, driven by increasing internal demand.

“This will potentially constrain the global supply. Rare earths are now classified as critical minerals by the US and Australia for a number of reasons,” Brian added.

Meanwhile, the “highly cyclic” gold industry remains beholden to spot prices and exchange rates, given that most commodities are traded in US dollars, according to Brett.

“With the current global turbulence, countries are starting to reduce interest rates to stimulate their economies. This decreases the value of cash in the bank, and the traditional response to this is increased spend on gold bullion. This has put pressure on supply and demand, pushing prices up,” Brett said.

“These fluctuations significantly influence the decisions we make on a granular level. That starts right from the timing of exploration expenditure. If we see a downward trend in either commodity price or exchange rate, we are much less likely to pledge substantial moneys into exploring and developing minerals.

“In the case of Mt. Todd, if the high gold prices of 2011-12 had been maintained, the project would certainly still be in the production today,” Brett continued.

“Though the decline was somewhat offset by an exchange rate improvement, it made the economics of the project less favourable in the short term, while we were sitting at the bottom of a price cycle. That was really significant to us.”

Environmental challenges pose a threat to project economics and market sentiments; although many have been offset by intervention strategies.

In Arafura’s case, the main areas of concern are water supply, biodiversity management, waste management and radiation. However, the firm has strong measures in place to counteract these threats, having completed extensive studies and continually monitoring its surroundings.

“We have actively engaged with the NT and Commonwealth regulators, and the local community, to ensure that all understand the project and, importantly, to demonstrate and give them confidence that we can manage the issues. As a consequence, we have a significant level of support. This is looked upon highly by investors,” Brian said.

For Vista Gold, the NT’s high volumes of rain are of primary environmental concern.

“It brings us a lot of engineering challenges in terms of our infrastructure,” said Brent.

Also important is the biodiversity and the “extremely rich and sensitive ecosystems” that need to be cared for.

When it comes to addressing these challenges, Brent says that transparency and availability of data are key to meeting the community and investor expectations.

“Everyone should be able to look inside any project and determine for themselves whether it is sustainable and ethical,” he added.

According to Brian, the greatest concern for projects going forward will be the changing legislative environment currently being proposed.

“The current raft of legislative changes which have happened, or are in the process of happening, will have profound implications for the minerals sector,” he said.

“In recent times we have seen the NT introduce a new royalty regime which is unique in Australia and potentially the world. The scheme is punitive and, we believe, unlikely to deliver the outcomes the NT Government believes it will.

“It requires more administrative oversight by both the proponent and the NT Government, makes the NT uncompetitive on a national level, is not well understood, and is potentially a disincentive for project financiers”.

Brent shares Brian’s concern over the introduction of the hybrid royalty scheme.

“This has been put forward without the conduction of a cost-benefit analysis by government and makes the NT the highest taxing location for miners in Australia,” he said.

Recent changes to the NT Water Act also have implications for the mining sector. “Again, they require greater administrate oversight by government and proponents,” Brian continued.

“There will be matters that have, until this legislation was introduced, never been considered by the regulator, which I believe will result in confusion, causing delays for approvals”.

Lastly, Brian believes that the proposed environmental assessment legislation is the “Single greatest threat to all development in the NT”.

“Our industry has been one of the leading adversaries to this legislation, not because we are opposed to a rigorous and thorough process, but because this proposed legislation has over-reached and, moreover, the current process isn’t broken,” he said.

“Our industry firmly believes that despite what this legislative change has set out to achieve – which is largely around efficiency – it will have the opposite effect. It will result in significant approval delays, added cost, and uncertainty for the proponent.

“The shift of environmental oversight [from the Department of Primary Industry & Resources to the Department of Environment & Natural Resources] will be problematic. This is already being seen and the changes are not yet in place. In a competitive investment world, this will undoubtedly result in investment capital flowing to the projects where there is more certainty.

“Fortunately for the Nolans project, we are largely through the bulk of these legislative changes or proposed changes, but we are still dealing with a number of aspects of our approval process – and this time equates to money and resources”.

Brent agrees that the current environmental reform process is causing uncertainty in the NT. However, he is unsure about the potential impact to his project, given the industry is not yet privy to what the exact changes will be.

“What we do know about though [the shift in environmental oversight from the DPIR to the DENR] will undoubtedly introduce uncertainty in terms of how long the “new” process will take and what will be different,” he said.

The frequency and aggression of boom and bust cycles in recent decades has created a bearish narrative in the gold market, but in these “highly cyclic” conditions, Brent believes a bullish approach is vital.

“This is the most important factor that influences our activity, yet the least talked about,” he said.

“We need the market sentiment towards gold to change globally. There is currently a lag, but I expect we’ll see significant improvements, particularly after the promising figures of this quarter.

“We’ve seen a 50 percent gain in our stock over the last 4 weeks and a 5:1 ratio [if gold goes up 1 percent, we go up 5 percent]. The market is highly leveraged to gold at present.

“But it’s not just the physicals, it’s the perception. In the investment community, it’s where gold is likely to be in the medium term that drives the timing. And timing is so important, particularly for SME size mining companies looking to bring projects into production”.

Although the macro-economics may not be favourable, both agree that social license can make a big difference to investor confidence.

“Firstly, it’s hard to imagine that that an investor doing due diligence would not consider your track record, in terms of whether you are you an ethical organisation,” Brent said.

“Secondly we’ve noticed that those who have done due diligence recently on the Mt. Todd project are really focused on social license. If the relationships between the project and the community – or with government and regulators – aren’t in good standing, it certainly increases the perception of risk”.

Brian added, “Investors in projects now are far more sophisticated in determining which projects will be supported.

“In Arafura’s case we determined quite early the importance of gaining our social licence and we have worked very hard in building our ‘social capital’ to underpin the Nolans project.

“As a consequence, we sought environmental approval at an early stage before the project was well planned. This meant that some of the work done in our EIS was conceptual”.

“As mentioned, we have been also very transparent when dealing with people in the community to ensure they are aligned as best they can be with the project. This is something that investors want to see.  If a company gets this wrong there can very serious implications, as demonstrated in cases like the Lynas project in Malaysia”.

With that said, whatever challenges the NT may be facing in the coming years, Brian concluded, “We are now in the market with a project that is ready to proceed at the right time when all market forces are starting to behave as predicted, commodity prices are improving, product demand is increasing and the world now understands the importance of the products and what they can potentially deliver. And we believe we have our social licence in place and intend to maintain and build on it”.

Join Brian and Brent for more discussion on this topic at NT Resources Week – 4-5 September 2019 at the Darwin Convention Centre.