The sweeping Gascoyne region of Western Australia is vast in its potential. Spanning over 137,000 square kilometres, it boasts more than 600 km of Indian Ocean coastline, stretching more than 500km inland through to the remote outback. It is also the door to the neighbouring Pilbara and Midwest regions.

A new development wants to unlock the possibilities of the region with a marine facility and renewables hub 10km south of Exmouth: Gascoyne Gateway.

If approved, it will be Australia’s first ‘green’ deep-water port, capable of servicing a range of vessels in the Exmouth Gulf such as navy, cruise ships, commercial vessels, oil and gas servicing vessels and private yachts.

Gascoyne Gateway Managing Director, Captain Michael Edwards OAM, says the privately funded $300 million facility will be designed to not only protect the marine environment from current risks, but enhance it.

“Other ports have added green initiatives after they’ve begun operating, but Gascoyne Gateway will be designed to improve environmental outcomes from the outset,” said Mr Edwards.

Michael Edwards will be speaking about Gascoyne Gateway’s potential to unlock WA at the 2021 Midwest Major Projects Update in Geraldton, 15 – 16 September. Key stakeholders will gather at this important industry forum to discuss the vast amount of new investment planned in the near to medium term. 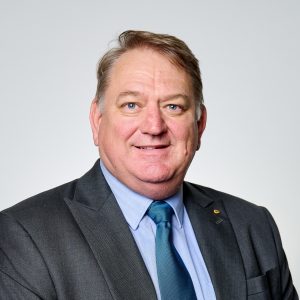 Mr Edwards says that the team behind Gascoyne Gateway believe it “will set the benchmark for this type of infrastructure worldwide.”

Exmouth Gulf is adjacent to Ningaloo Reef, a World Heritage Site, which is why the Environmental Protection Authority (EPA) of WA is carefully considering the development blueprint in fine detail.

A raft of environmental measures are planned,  including regulating marine traffic and anchoring in the Gulf to protect the marine environment, carrying out seabed regeneration and introducing a range of carbon offset measures.

“This industry-leading commitment makes it the first green and regenerative port in Australia and possibly the world, combatting climate change and leaving the environment better than we found it,” says Mr Edwards.

Mr Edwards, a naval veteran, has over 40 years’ experience worldwide in both naval and commercial port management. He says that Exmouth is an important strategic location for a port, with enormous potential for contributing to efficiencies in logistics, exports/imports, national security and trade.

“There is currently little organisation or oversight of the movement of ships and maritime activities in the Exmouth Gulf,” he said.

“It’s expected that much of the existing traffic within the gulf will use this facility, making it immediately viable and delivering a net environmental benefit as this traffic becomes better regulated.”

The proposed facility is on the doorstep of some of the largest proposed renewable projects in WA, as well as critical and rare earth minerals producers.

According to an economic impact study commissioned through advisory firm Acil Allen, reaching and accessing markets with greater efficiencies due to unconstrained use of a deep-water facility will realise almost $1Bn in gross regional product over the next 25 years.

“The port will enable customers to reduce costs due to the lower cost of transport to mine sites and other projects and reduce shipping and road freight, increase productivity due to the quicker turn- around time for parts and equipment and improve safety through the reduction in heavy vehicle haulage,” said Mr Edwards.

Mr Edwards said the jetty and port would run on renewable energy, with scalability to contribute to the Exmouth community’s power and water needs.

“We plan to use renewable energy to power a desalination plant to provide drinkable water for users of the port and potentially the local community in the future,” he said.

Gascoyne Gateway has also made a firm commitment to support regional businesses through its local procurement policy. It is expected that 400 jobs will be created during construction, with 70 full time positions within the facility once operational, including administration, maintenance, operations, grounds and office services. It will also indirectly generate many support roles after completion.

Gascoyne Gateway is currently undergoing a rigorous approvals process overseen by WA’s Environmental Protection Authority. If approved, it is anticipated the port will be in operation by early 2025.