The Essential Techno-Commercial Introduction to the Hydrogen Industry and economics of hydrogen production for a Hydrogen Economy.

The Hydrogen Economy seeks to use hydrogen to replace fossil fuels for power generation and transport with a fuel that produces no carbon dioxide emissions. Hydrogen is used widely in the process industries. It is often produced at a considerable scale and often transported by pipelines from produces to users. The first modules of the course will review the current production and uses of hydrogen in the process industries which may be used as a basis for an emerging Hydrogen Economy.

Modules on hydrogen production from renewable sources will outline the technology and costs of alternative approaches to the production of hydrogen. The cost will be critically compared to conventional production methods as they presently stand and with the incorporation of carbon capture and storage.

A module will address storage options and costs for small and large scale storage as gas or liquid hydrogen.

Modules will address the approach to transport of hydrogen and the unit cost of the various options over short and long distances. The principal options considered will by pipelines, as compressed gas, as liquid or via an intermediate product such as ammonia or as a naphthene. Costs for transport over long shipping distances to markets in North Asia will be estimated for various options.

The use and productivity of hydrogen fuel used in fuel cells for stationary and vehicle applications will be explained and the competitive advantages for hydrogen identified.

The cost position of hydrogen versus conventional fuels will be estimated to set an outline price for a target landed price of Australian produced hydrogen in NE Asia. Scenarios to meet this target will be discussed.

A final module will develop case studies for hydrogen versus conventional fuels in various locations of interest for a fully developed hydrogen economy.

The main aim of a Hydrogen Economy is to replace fossil fuels with hydrogen as the fuel source. The course is aimed at persons with a interest in fostering and developing a large scale hydrogen industry in Australia and potentially for promoting and developing an international trade. The course is aimed at industry and government commercial managers, economists and engineers interested in gaining an understanding of the costs of the hydrogen economy and the relative costs of various production, storage and transport costs to local and distant markets.

The course would assist business professionals interested in developing commercial opportunities in any emerging hydrogen industry. The course would also benefit research and development engineers and scientists in helping to identify key hurdles which would benefit from further R&D activities to reduce costs to the consumer. 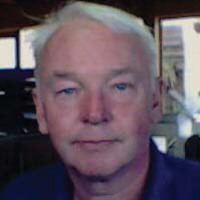 Register today for our Live Online Training courses and fi nd out how they can help you transform the way you work. Contact one of our training consultants on training@informa.com.au to find out more.

1. Current Use of Hydrogen in the Process Industries

5. Storage and Land Transport and Costs

Deliver this course how you want, where you want, when you want – and save up to 40%! 8+ employees seeking training on the same topic?

Talk to us about an on-site/in-house & customised solution.